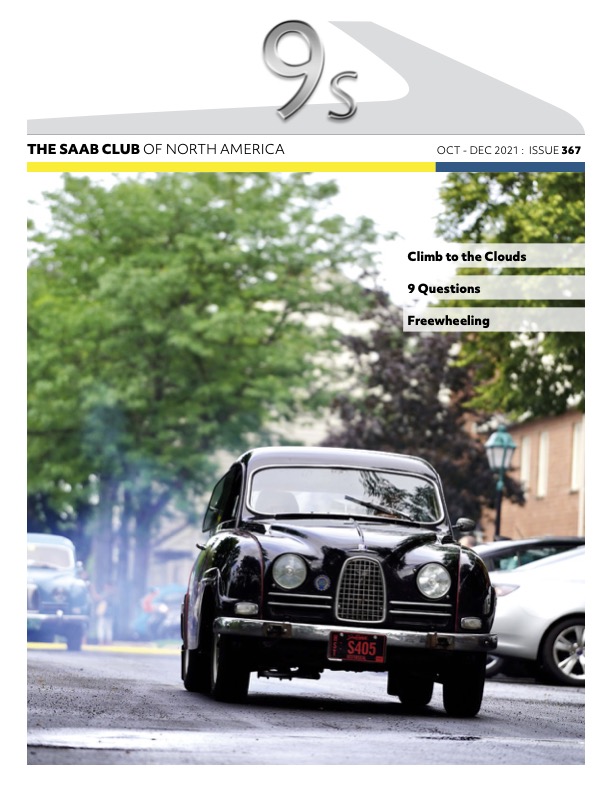 The existential question which has plagued the Saab universe, from the very beginning: what is a real Saab? Saab owners spend lots of energy debating the relative “Saabiness” of various cars. But there is no agreement on the criteria for what makes a “real” Saab. Is it manufacturing location? Homegrown components? Or perhaps driving characteristics, ergonomics, and even design cues?

I was dragged back into this endless debate as I was driving back to my hotel in Los Angeles today, from a lunch meeting downtown, and in a 30 minute drive I spotted four Saabs: a c900 Turbo convertible, an old-gen 9-3, a new gen 9-3, and a 9-2x.

Or, looking at it from a different point of view, I saw one pre-GM Saab, one half-GM Saab, one all-GM Saab, and a badge-engineered Subaru.

Many define a real Saab as the ones with the most parts and engineering developed in-house in Trollhättan. The problem with that position is Saab bought or borrowed critical components for every model from other manufacturers. The Ur-Saab borrowed a two-stroke engine from DKW; the Taunus V-4 used in 95s and 96s was borrowed from Ford; the early 99s borrowed a four-cylinder from Triumph; the later B and H motors were based on the original Triumph motor. The 9000 was a joint project between Saab and Fiat, which also produced the Alfa 164 and the Lancia Thema. Still, there is more Trollhattan-based engineering in Saabs built before GM took a 50% stake in Saab in 1990.

Manufacturing location is a weaker measuring stick for “Saabiness.” Cars sold as “SAAB” were manufactured in at least seven countries that I know of: Sweden, Belgium, Finland, Austria, the U.S., Mexico, and Japan.

Can we exclude the “badge-engineered” Saabs, the 9-2x and the 9-7x? Both models were based on existing models offered by other manufacturers, yet in both cases Swedish engineers improved the underlying model. No one could ever say that the 9-2x or the 9-7x are the *most* Saaby of Saabs, but engineers did their best to include Saab virtues in them; and both cars have the reputation of being an excellent version of their platform. A testament to their relative success: GM copied the 9-7x Aero when it produced the Trailblazer SS; and allegedly Subaru copied (among other things) the seat design and architecture from the 9-2x.

Is a true Saab defined by ergonomics and interior layout, the “cockpit” concept? There is no doubt that the clean, driver-focused cabins which Saab produced stand out, and Saab seats are as good as they get. But other manufacturers have good seats and clean designs. The key on the floor is a long-time Saab characteristic, but honestly it’s trivial to define the essence of a car by where the key is located. The interior is part of the Saab experience, and an important one, but it is not the essence of the brand.

The essence of any car is how all elements work together to support a coherent vision. So many cars are simply a collection of features and options, added on to fill out a marketing requirement but without thought for the overall feel or function of the vehicle.

Saabs have always been fun to drive, with decent handling, safe, and practical. These are the critical elements which separate a Saab from an ordinary car. In my opinion it does not matter where a Saab was manufactured, or where its parts came from, if it fulfills the design goals set in Trollhättan for fun, safe, useful car.

These criteria are subjective, and obviously debatable. For example, despite its 100% GM ownership and extensive use of the GM parts bin, the 2003-11 9-3s are in my opinion the epitome of Saabiness. They are fun to drive, zippy, with plenty of turbo-based torque, and useful especially in Combi form. I own an ’05 convertible 5-speed, and an ’07 automatic Aero Combi, and I smile every time I drive them.

There are some Saab aficionados who dislike the new gen 9-3s as too plastic, too GM, and not “real” Saabs. (and yes, the GM bean-counters hurt the car by insisting on too much hard plastic in the interior).

That misses the point, in my opinion. Despite the GM influence, you can feel the driving spirit and the coherent design in the new gen 9-3s. Many, if not most, would define the reference point for “Saabiness” as the classic 900, but by 2003 the classic 900 was woefully out of date. The new gen 9-3s were the best expression of Saab values that Saab could do in a modern market.

The debate, of course, will never end. My point is this — if the car has a driver- focused, clean design; if it handles well and is engaging to drive; if it’s useful and safe, and if it wears a Saab badge, then it’s a Saab.

The Saab family is too small to take these arguments seriously. Can’t we all just get along?